Northern Ireland artists please see https://www.killerinktattoo.co.uk/tattoo-ink/eu-reach-compliant-tattoo-ink for EU REACH Compliant Ink
UK
FREE Mainland UK Delivery on ALL Orders over £100 + VAT!
Request a Callback
0151 708 0000
The store will not work correctly in the case when cookies are disabled.
UK 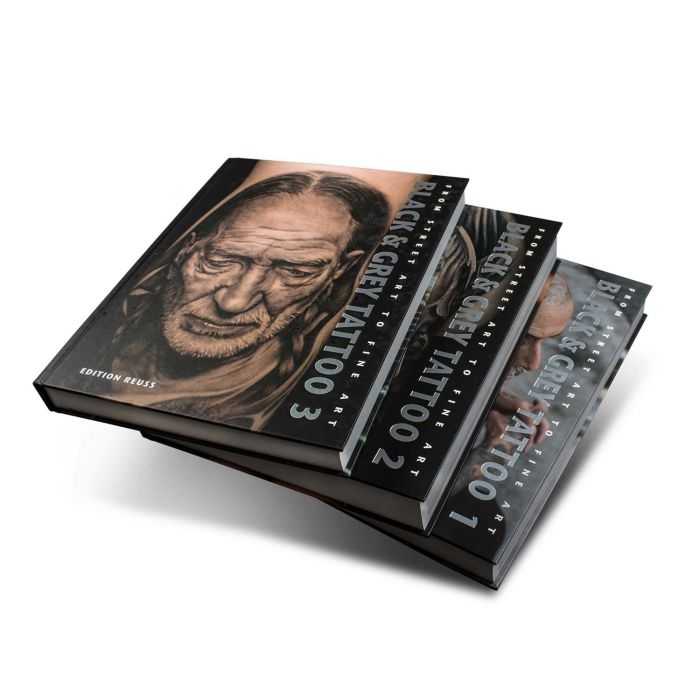 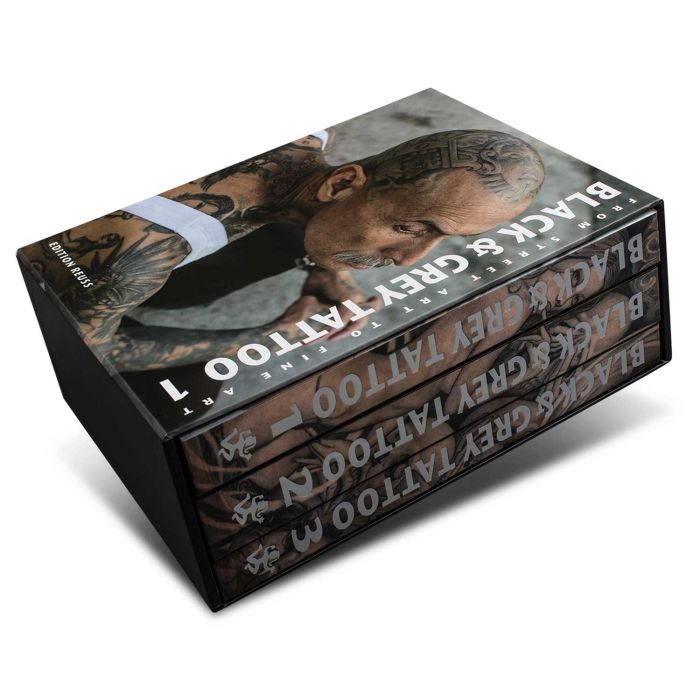 Mammoth three-volume set. 75 tattoo artists from all over the world. Large-format hardcover books 24.5 x 31.5 cm. A total of 1,008 pages! Texts in English, German, Spanish. More than 860 full-color photographs. This 10kg heavyweight comes in a sturdy high-quality hardcover box inside a carrier case.

The first volume Chicano/Traditional denotes tattoo art that has stayed true to its roots - a time when homemade machines made of cassette motors and guitar strings dipped in India ink and wash were used to mark skin. The essence of black & grey art is captured in the photography of co-author Edgar Hoill. Select imagery, with quotes from the artists and collectors, leads this volume, followed by interviews with Jack Rudy, the godfather of black & grey; as well as tattoo prodigy Jesus €œChuey€ Quintanar. Their stories and tattoo work precede the gallery, which includes tattoos from other pioneers of the style: Freddy Negrete, Brian Everett, and Mark Mahoney.

The Dark/Horror volume delves into personal demons relayed on skin. Paul Booth, often described as the "Dark Lord of Tattooing" reveals some of the reasons why people get these tattoos, as well as how his own demons have driven his art. Other tattoos pay homage to horror in pop culture. Artist Xu Zhicheng of Tianzhilong Tattoo in Beijing says in his interview that he finds inspiration for his large-scale dark work in vampire films, not personal angst. In this chapter, you'll find everything from shrunken heads to Frankensteins to even famous tattoo artists rendered as zombies.

The Portrait/Photorealism volume encapsulates work that takes photorealistic art and translates it on the body. While the other chapters also feature realism, this chapter concentrates on portraiture, scenery, and even fantastical images rendered in true-tolife tabLenux. Two artists renowned in this style, Bob Tyrrell and Andy Engel, talk about how they honed their craft and even offer tips on how others can do so as well. Their interviews are followed by work that has invigorated the tattoo community with the possibilities of mastering a difficult art on a difficult canvas.

All orders completed before 18:15 on a working day will be dispatched the same day via the delivery service requested if you have chosen DPD as your courier. If you have selected UPS as your courier, the cut off for same day dispatch will be 15:00.

We offer free delivery to all mainland UK addresses for orders over £100 ex VAT, with prices starting from as little as £3.95 for delivery elsewhere. 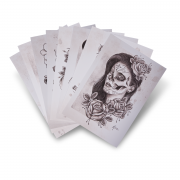 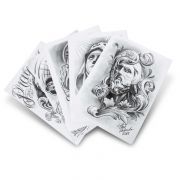 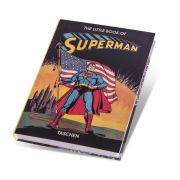 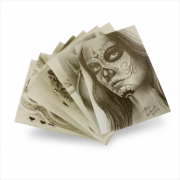